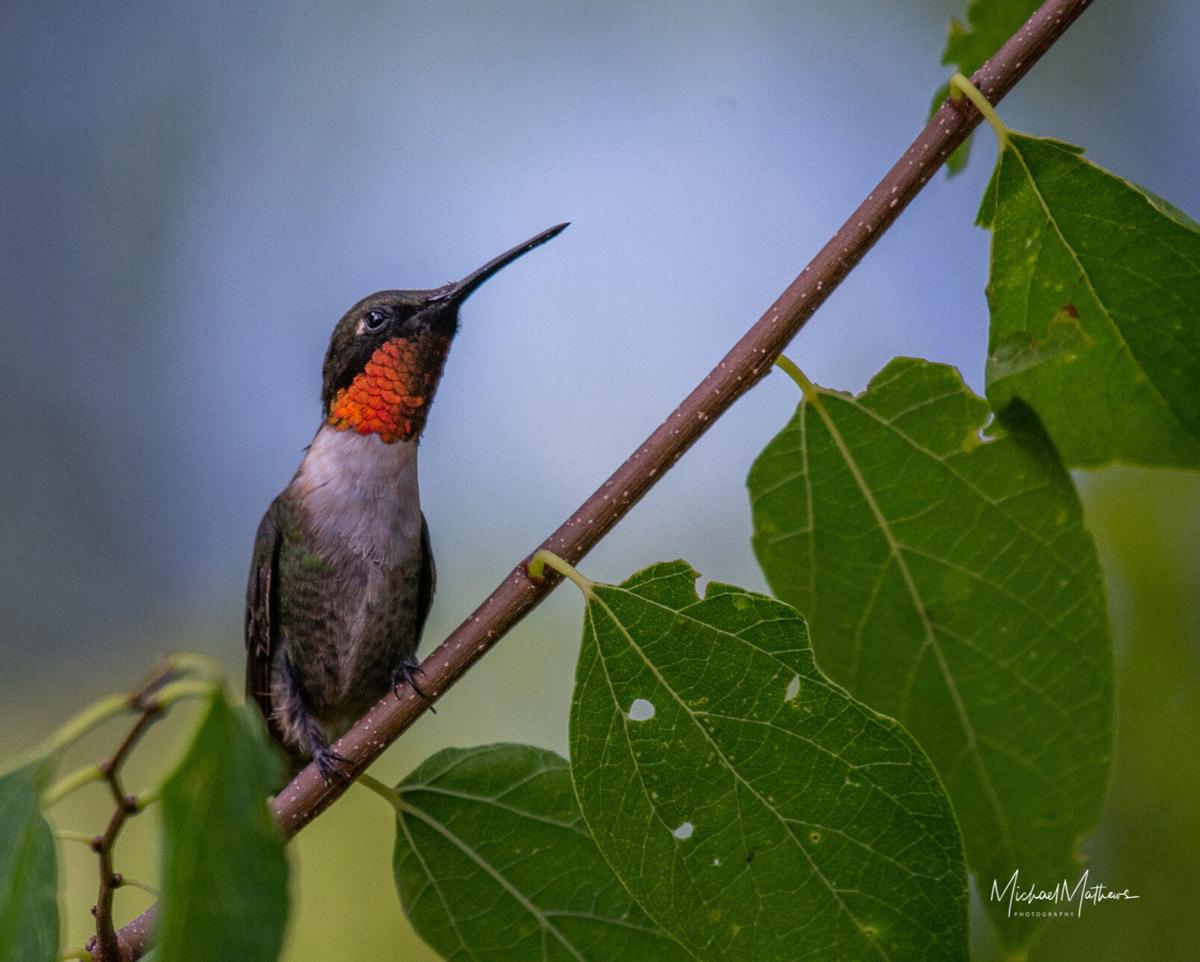 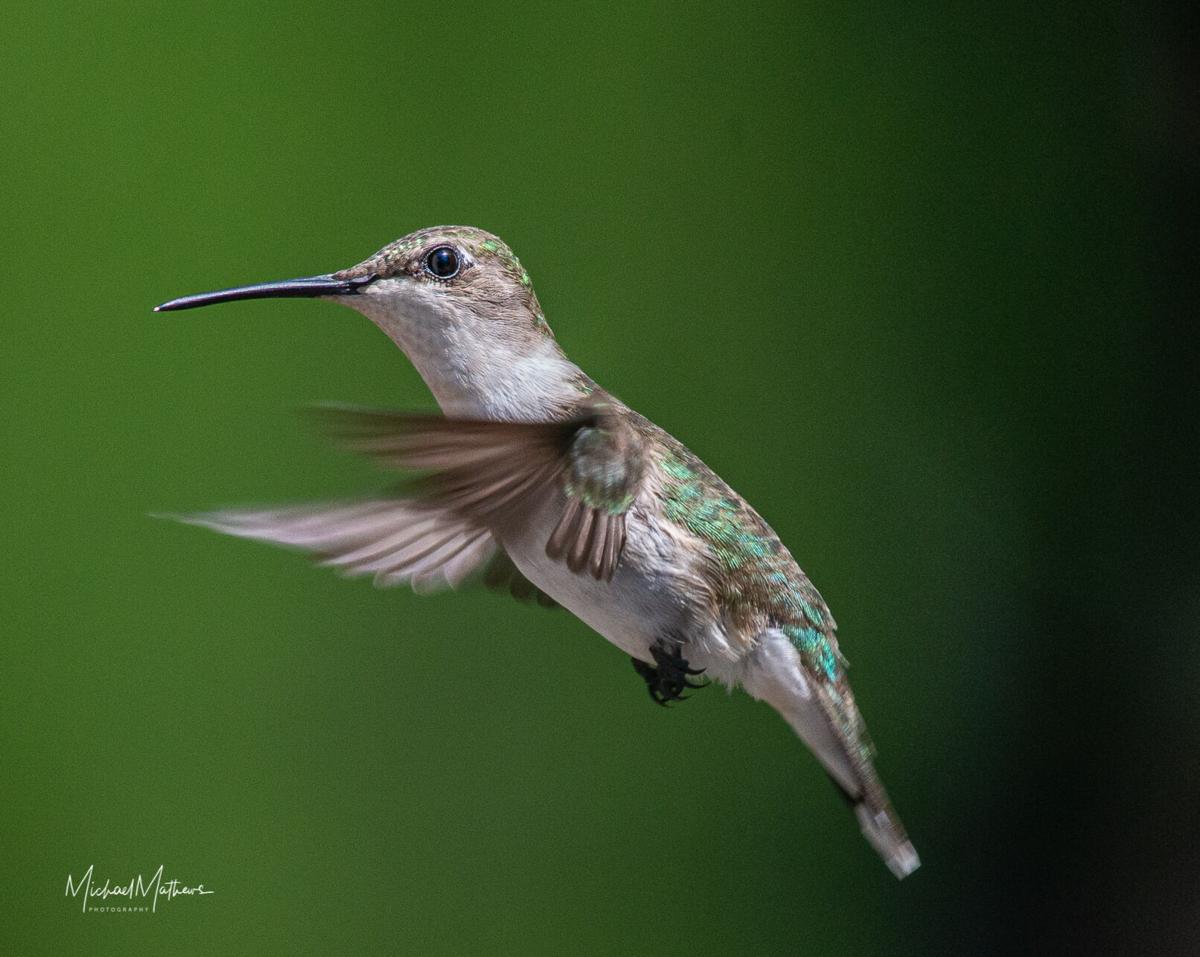 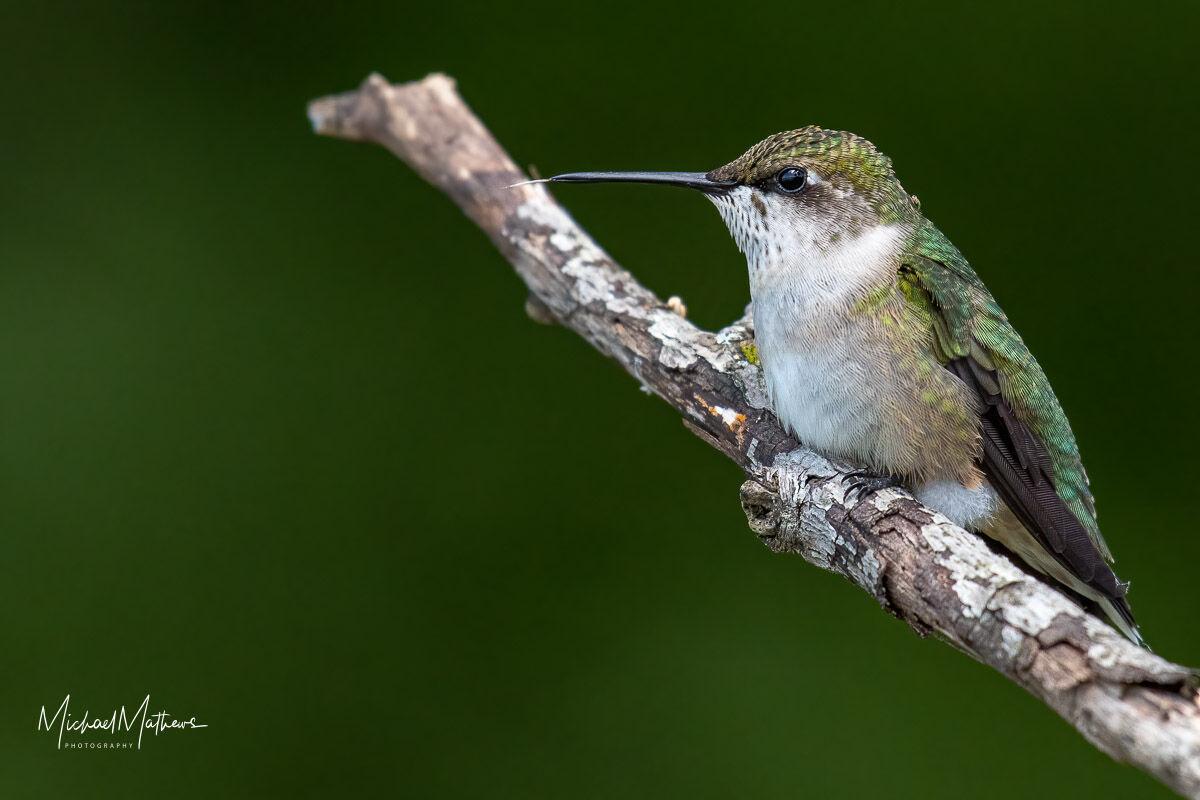 A hummingbird’s tiny little heart can keep time at more than 1,200 beats per minute when in flight. Hummingbirds can be as small as a bee, such as the Bee hummingbird found only in Cuba, or as big as Giant hummingbird found in the Patagonia region of South America with a wing span of more than 8 inches.

Ruby-throated Hummingbird: Capable of zooming by at 60 mph, the Ruby-throated hummingbird is a show stopper even for the non-bird lover. Just 3-and-a-half inches in length, this feather rocket is the most common species found in East Texas. Texans will see large congregations of Ruby-throated hummingbirds in the spring season when flowers begin to bloom. Light is important for the colors of a hummingbird to appear, as the feathers themselves are not colored. The feathers are iridescent, and change color with the movement of the bird. As a hummingbird approaches a feeder, the beautiful ruby feathers will appear, sometimes with just a flick of its head. Depending on the light situation, the Ruby-throat’s gorget may also appear topaz, orange or just remain black.

Black-chinned Hummingbird: One of the most common hummingbirds of the western United States, the Black-chinned hummingbird is a newcomer to East Texas as it spends most of its time in Central Texas. Similar to the ruby-throated hummingbird in feather design, the black-chinned hummingbird is often misidentified since its gorget also appears to be black. However, for the patient bird watcher, a small patch of gleaming purple will appear under the black patch as the bird moves in the sunlight. The main difference between the two birds is that the gorget of the black-chinned will remain black except for this small patch of purple, whereas the ruby-throated hummingbird's gorget will turn a sparkling ruby color and the patch on the eyes are the only feathers that remain black.

Other hummingbirds found in Central and West Texas include:

Allen’s Hummingbird: Found mainly along the coast, this coppery colored hummingbird with a red throat is famous for its fan-like tail.

Anna’s Hummingbird: Named after the wife of a French prince, the Anna’s hummingbird is one of the few named after a woman. This noisy little bird sports a magnificent flaming red head and white eye streak.

Berylline Hummingbird: “Berylline” translates to “emerald green” and perfectly fits this hummingbird. Found for the first time in Big Bend National Park in 1991, the rare bird’s visits to Texas have slowly grown in numbers.

Blue-throated Hummingbird: The only hummingbird in the U.S. with a shimmering indigo throat, this large hummingbird also beats its wings a tad bit slower than most and appears to fly in slow motion at times.

Broad-billed Hummingbird: Feeding with a very large broad bill that is pinkish in color, this multicolored green, black and purple-throated hummingbird changes color as it moves.

Broad-tailed Hummingbird: Often misidentified as the Ruby-throated Hummingbird, this little bird's tail feathers fan out to almost match its wing span. The female's white throat sometimes has a small speck of the same red as the males.

Buff-bellied Hummingbird: Only found in Texas, this aggressive hummingbird is tri-colored, starting with a shiny green head, an ashen lower body and a reddish tan tail. Males and females are similar, both with a long orange bill with a black tip.

Calliope Hummingbird: The smallest hummingbird in the U.S., the male gender of this pretty green and white bird flashes striped red feathers on its throat. The body is so small that the wing tips when folded go beyond the tail.

Costa’s Hummingbird: Preferring arid habitats, this hummingbird is rarely seen in Texas and, when it is, it's mainly seen in El Paso County. The males have a red head and the females a green cap, but both have a distinctive white patch about the eyes.

Green Violet-ear: This Latin American species was never expected to be found this far north, but has been documented in Texas. Both genders are identical, dark green body with deep violet patches stretching under the eye appearing to be on the ear. The tail is a deep bluish purple.

Green-breasted Mango: Boasting a kaleidoscope of colors starting with black, white, mango brown and green stripes from its head to its tail, this hummingbird’s tail fans into a row of purple, blue and white stripes. The name stems from the mango stripes.

Lucifer Hummingbird: The Latin version of this hummingbird’s name translates to “bearer of light,” referring to its brilliant magenta throat. A rare visitor to Texas, this hummingbird feeds on desert-blooming plants such as agave and ocotillo.

Magnificent Hummingbird: With a deep violet cap, a black bandit mask along its eye, and a range of glittering greens on its body, this hummingbird is appropriately named. Found in central Texas forests, the bird was renamed recently as the former Rivoli’s Hummingbird.

Rufous Hummingbird: The range of this copper penny-colored hummingbird reaches Alaska and is considered the most common northern U.S. resident hummingbird.

Violet-crowned Hummingbird: The bright red bill stands out from a mostly snow white body and a shiny violet cap on this rare Texas hummingbird found mainly in the Rio Grande Valley.

White-eared Hummingbird: This hummingbird's striking black face is streaked with a wide white stripe from the eye to the gorget. A defining feature is a pointy head sporting a bright orange bill.