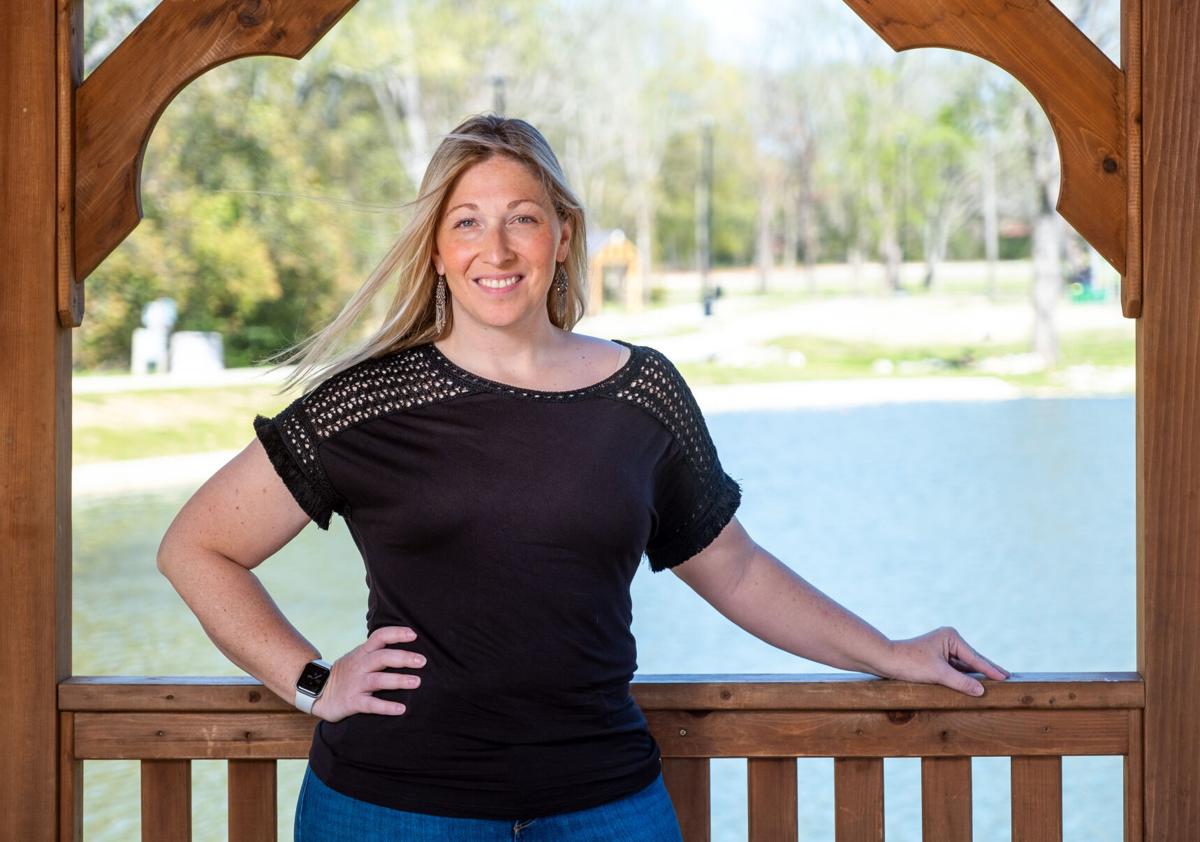 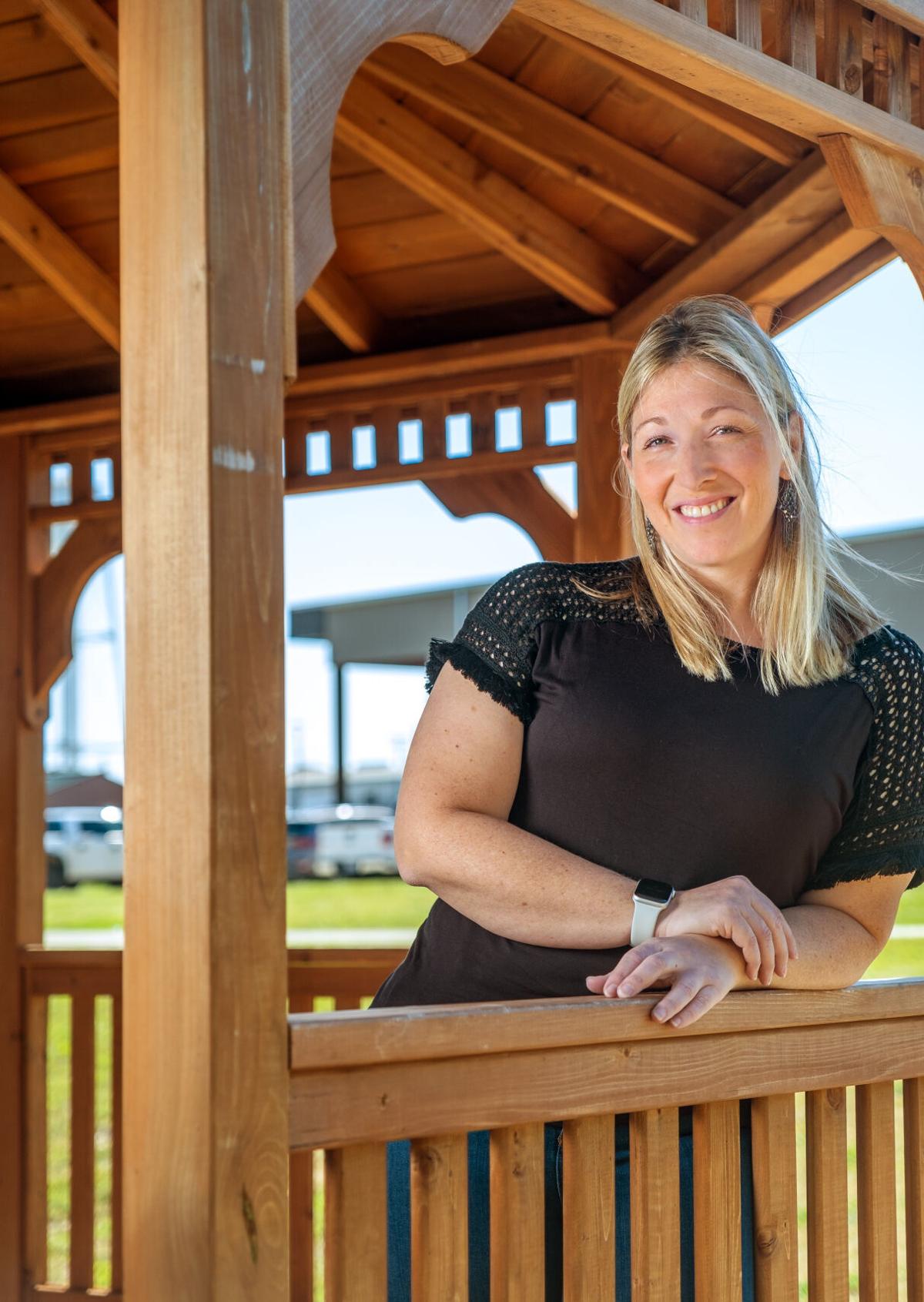 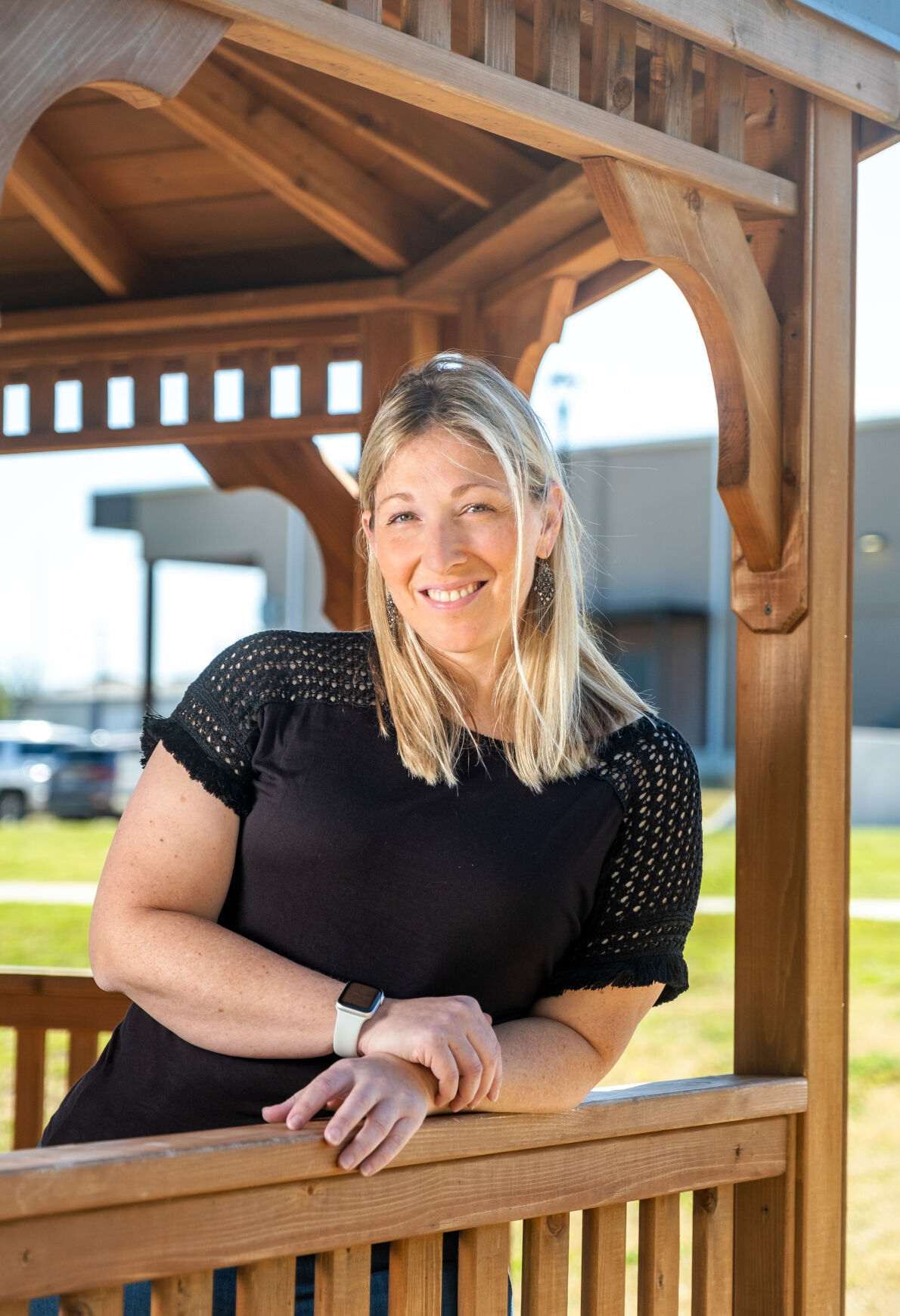 As a child, Beth Purl enjoyed playing with Legos, the well-known plastic blocks that snap together to form everything from houses to spaceships.

But unlike many kids, she liked building the structures more than playing with them.

Purl also “drew floor plans for fun,” she said. It was the design process that intrigued her.

The former high school golf coach — who has a degree in kinesiology with a focus on biomechanics — now designs custom-built homes and remodeling projects at her home in Lindale.

Because of her education in kinesiology — the study of the mechanics of human movement — she knows how people move and work.

“I’m really good at making sure the flow of the house fits” the family that will live there, Purl said.

Her father was a football coach; Purl lived in several Texas towns as her father changed jobs. They moved to Lindale when Purl was in first grade; she graduated from Lindale High School and then the University of Texas at Austin. Purl taught pre-calculus and calculus and coached at Longview’s Pine Tree Independent School District for one year and then in the Dallas area for seven.

She moved back to Lindale in 2014, where she taught pre-calculus and calculus for two years while starting her new business, Beth Purl Home Design.

The idea for it came before her move.

“I had designed some remodeling for my parents. Several builders told me, ‘You have a real eye for this,’ ” Purl said.

One builder offered to send his home-building clients to her for the design work.

“I felt that I had something to offer to make the experience better for people. I (know how to) make a home unique for a family,” she said.

Whether it is new construction or remodeling, Purl is there at the beginning.

“Usually, people come with parts of a plan that they have seen, that they’ve found online. Often, they come with pieces of what they want, but not the whole plan,” she continued.

Occasionally, people only know that they want four bedrooms and two baths. At the other end of the spectrum are people “who have figured out exactly what they want but need someone to put it on paper for the builders and the bank,” Purl said.

Designing the house is always a back-and-forth process.

“I want to know … who they are and how they will live in their house every day. We talk more about the specifics of the house, the details. The number of bedrooms and bathrooms, the layout of the house. What they want their kitchen to look like, the ceiling heights, what the outside of the house looks like,” she said.

Purl said it is like what an architect does. The state of Texas does not require any certifications to design a floor plan. It is up to the builder to ensure the house is structurally sound and meets all local building codes, she said.

The house’s floor plan is next.

“I work on the details, playing with the setup as I go. … Sometimes I have to tell them (the floor plan) has exceeded their square footage by 400 square feet. People don’t think about the width of exterior and interior walls, which are included in the square footage,” Purl added.

The elevations – drawn images of the house’s exterior – are among the final design elements.

“The old white farmhouse is the favorite now, though people are moving a little toward a more modern feel,” she said. Purl also does the roof plans, “everything the builder needs to build the house,” she added.

The last step is finalizing the blueprints.

While she has designed houses from 500 to more than 10,000 square feet, Purl said most of her clients want a home of about 2,100-square-feet.

“In East Texas, people would rather put their money into the inside than into the square footage,” she said. The current trend is to build somewhat smaller homes, rather than the 3,500-to-4,000-square-foot homes common 10 years ago.

Purl has designed many houses for retired couples: large houses so that adult sons and daughters and grandkids can visit and small houses perfect for two.

“I enjoy building houses for people in retirement. … I really enjoy and value the differences in people, so it is fun to see who they are and what is important to them,” Purl said.

Designing homes has been rewarding.

“I love people. It’s a lot of fun to meet new people. It’s fun to be a part of the home-building process,” Purl said.