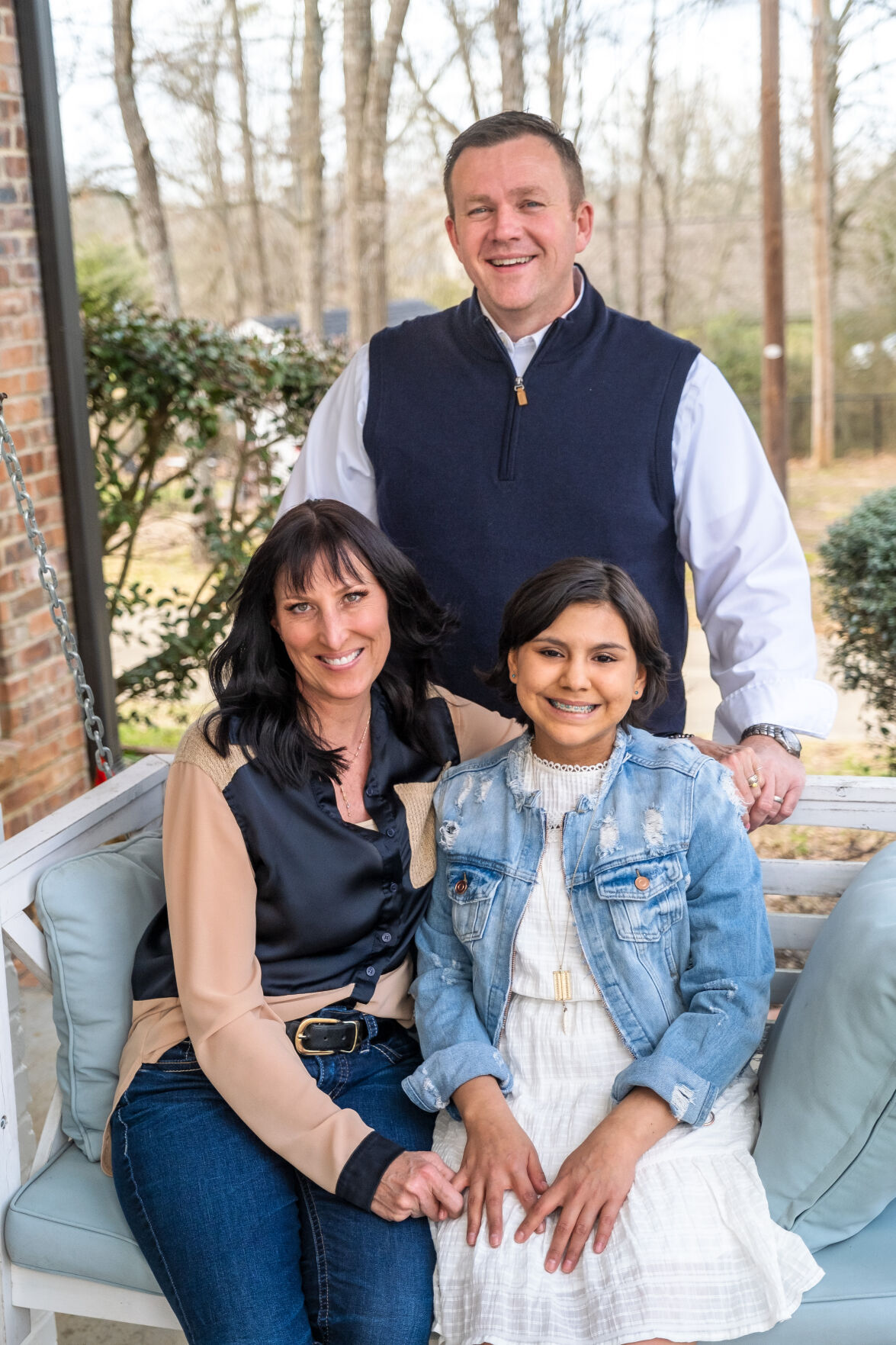 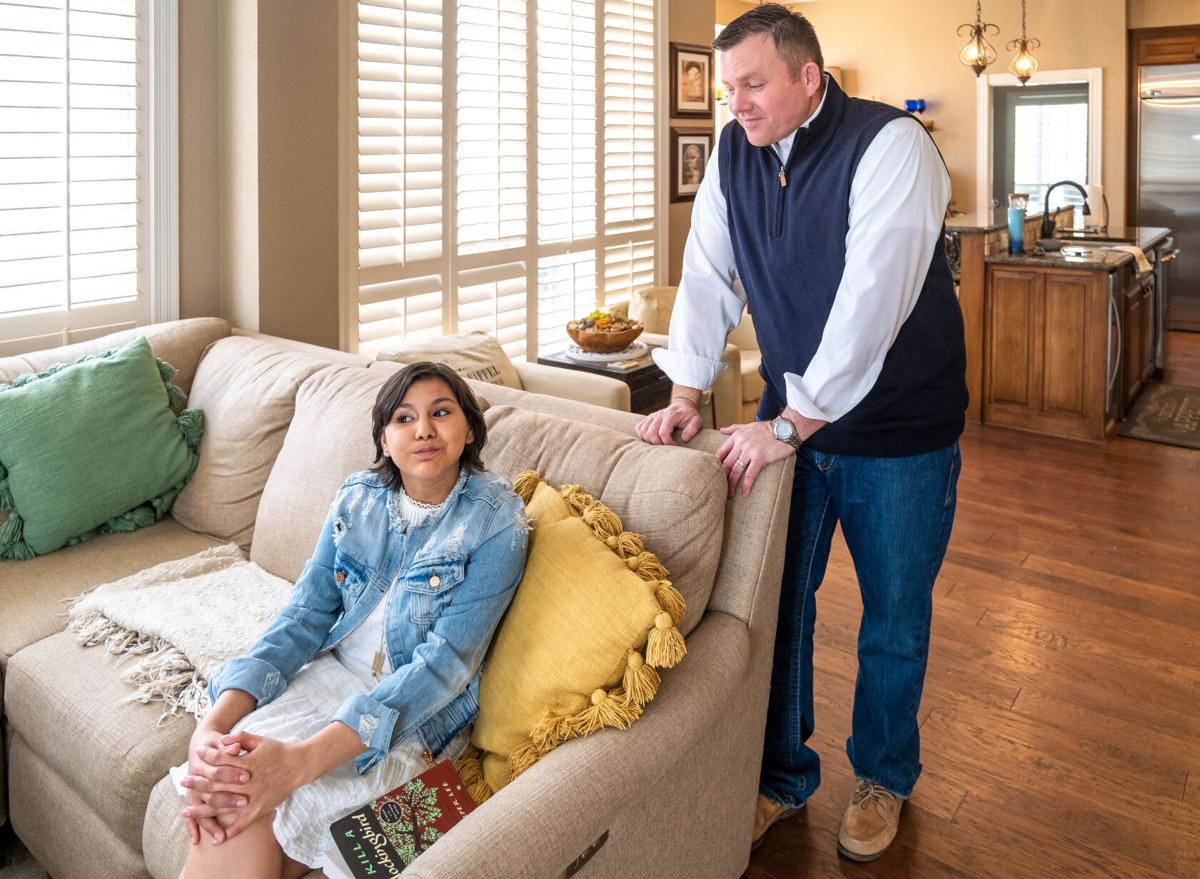 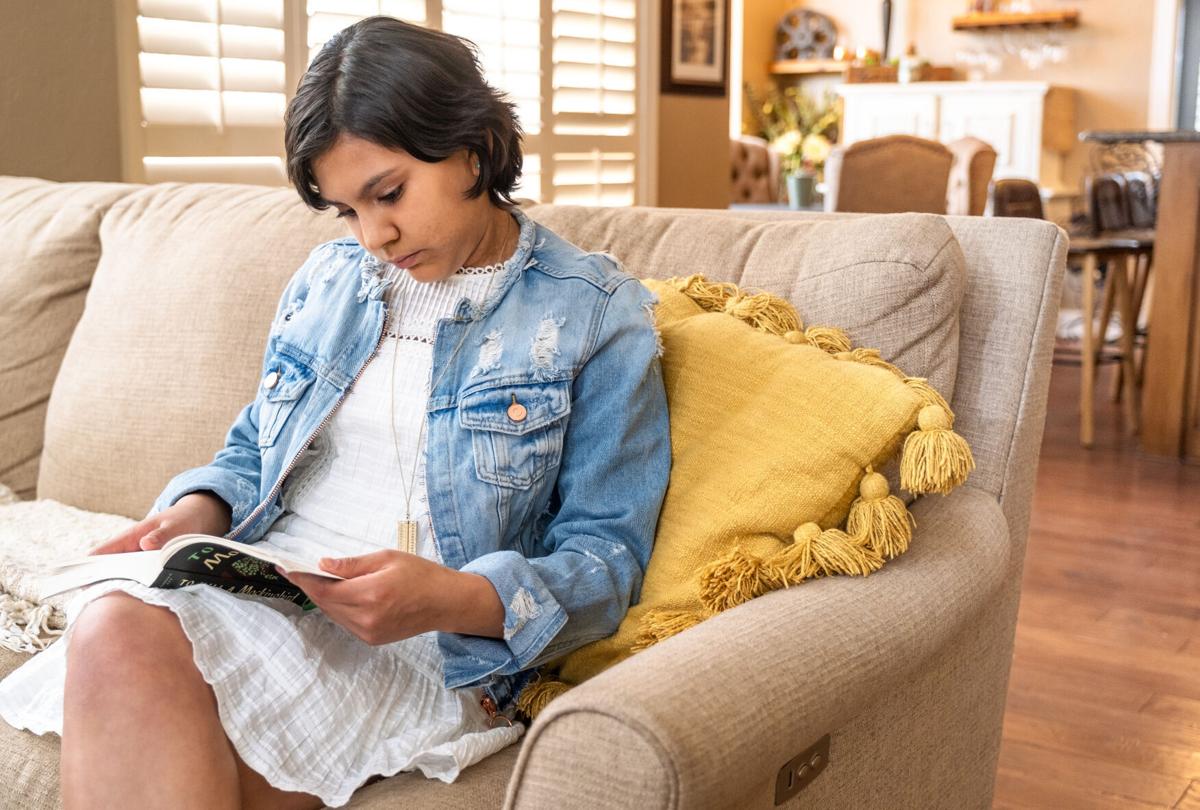 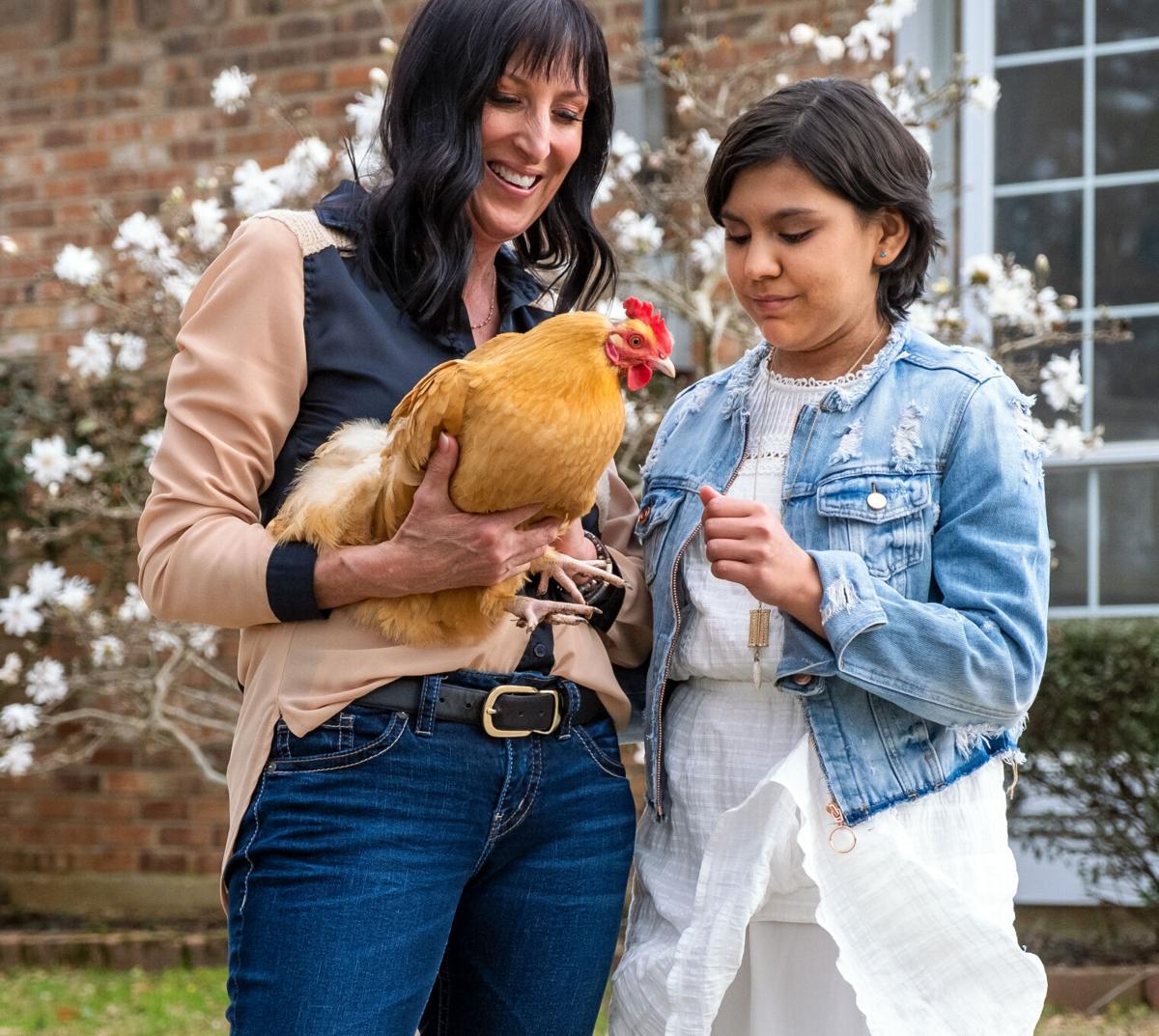 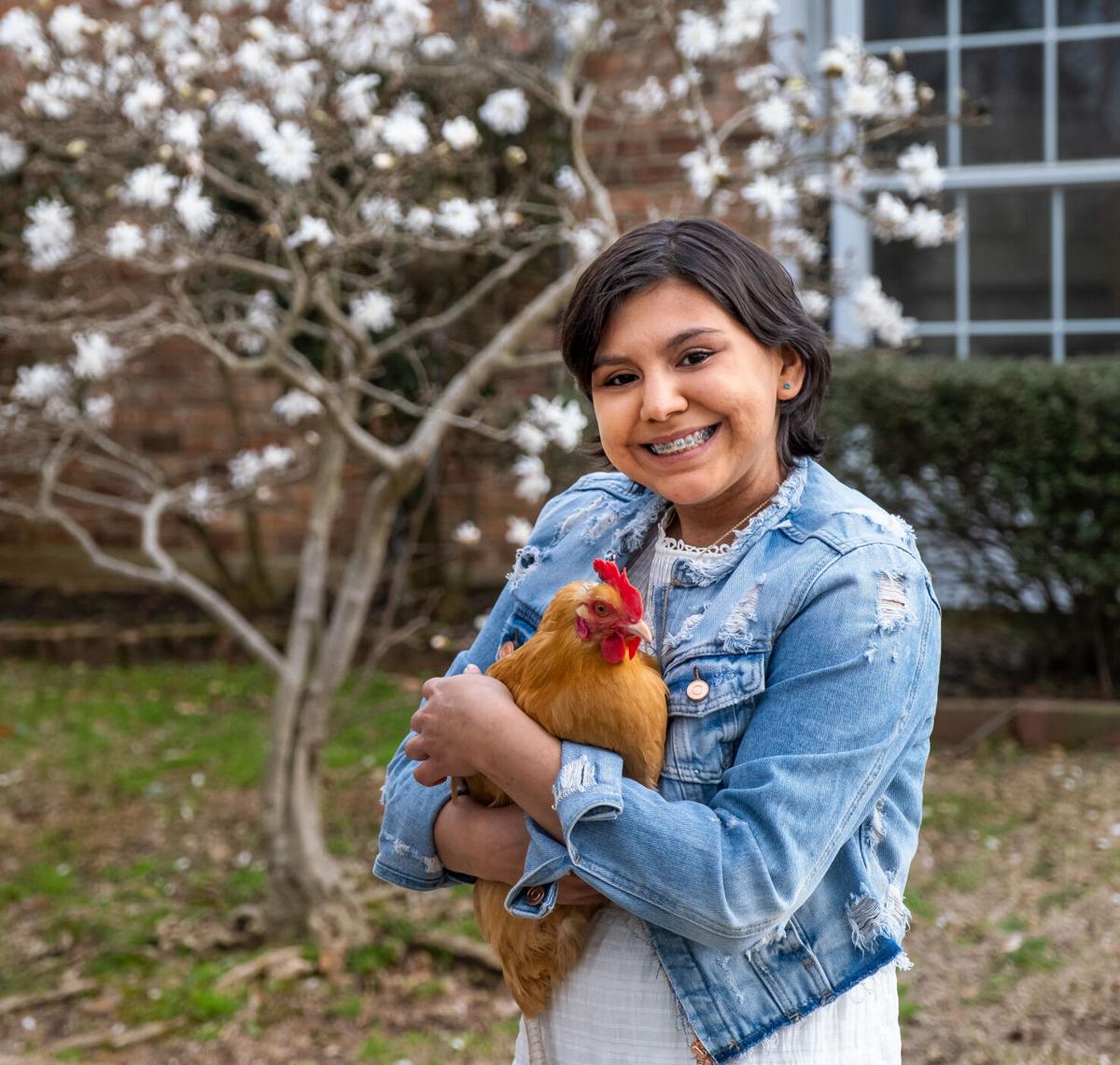 Emi Ballard poses for a photo Wednesday, March 10, 2021, with one of the family's chickens. (Les Hassell/News-Journal Photo) 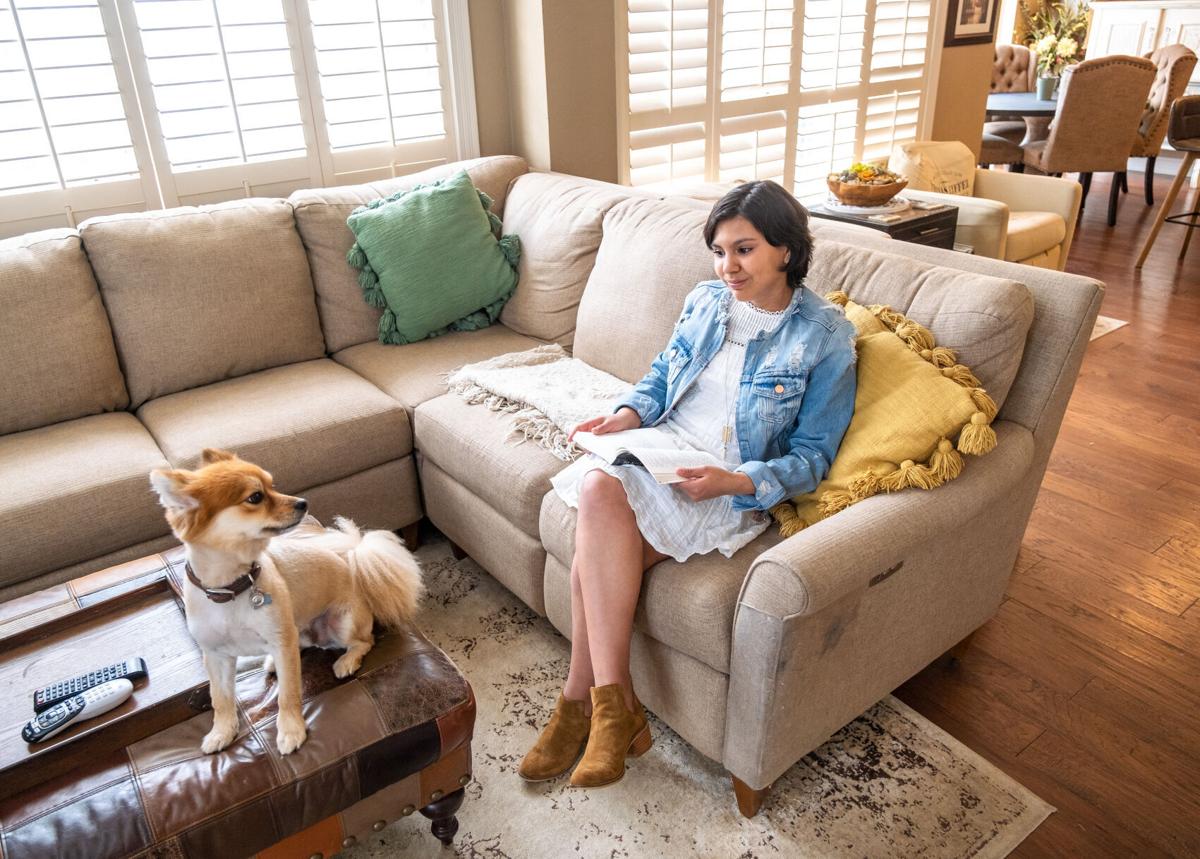 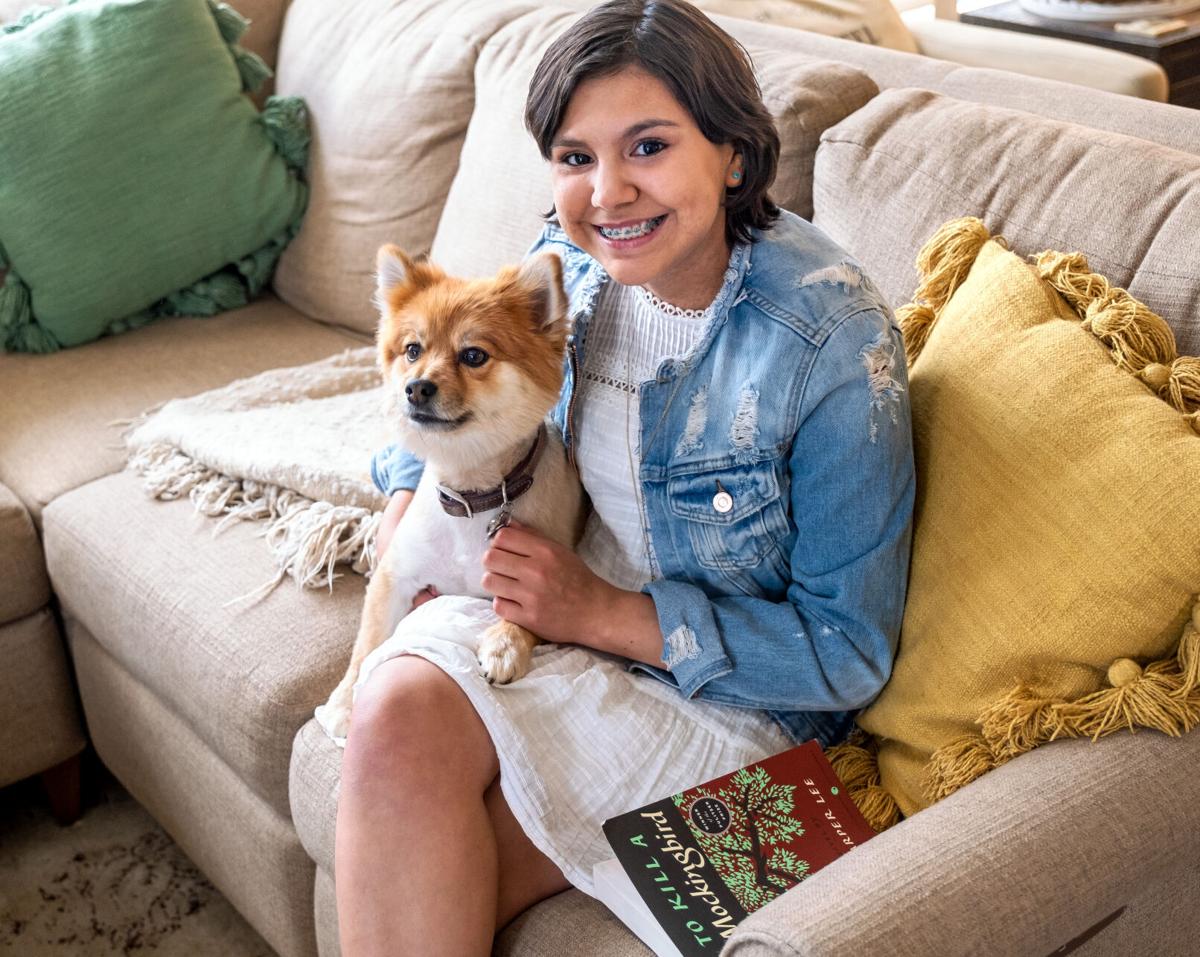 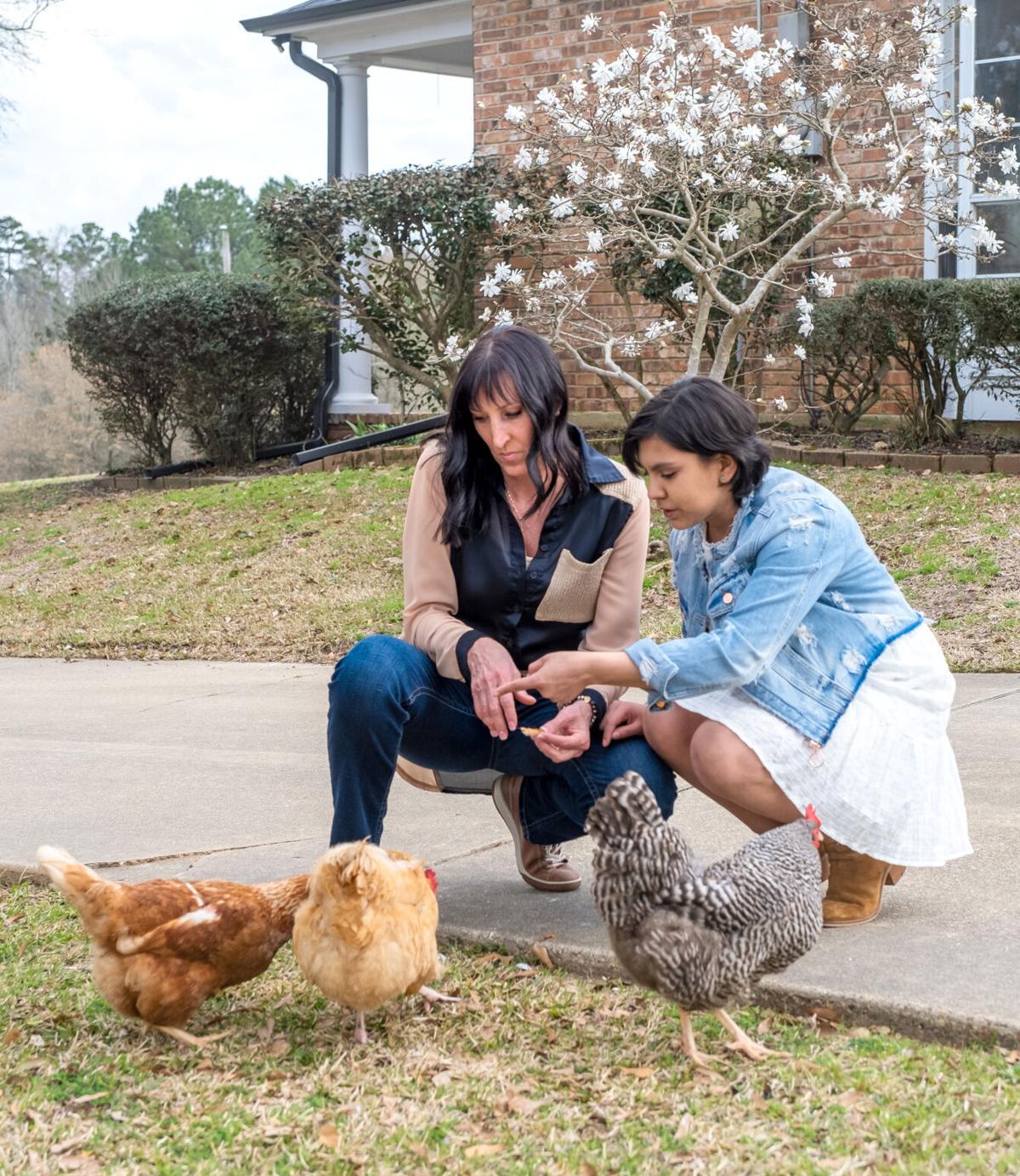 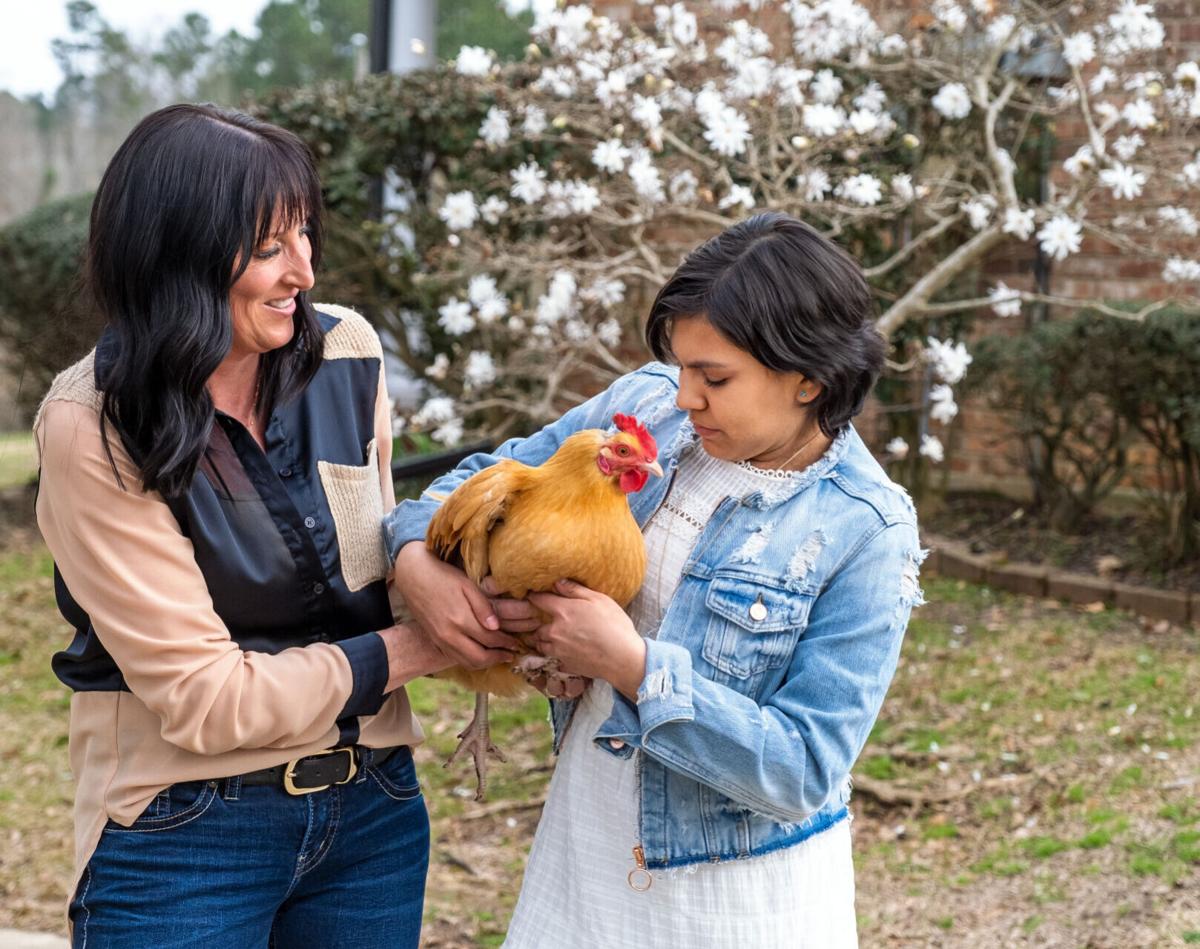 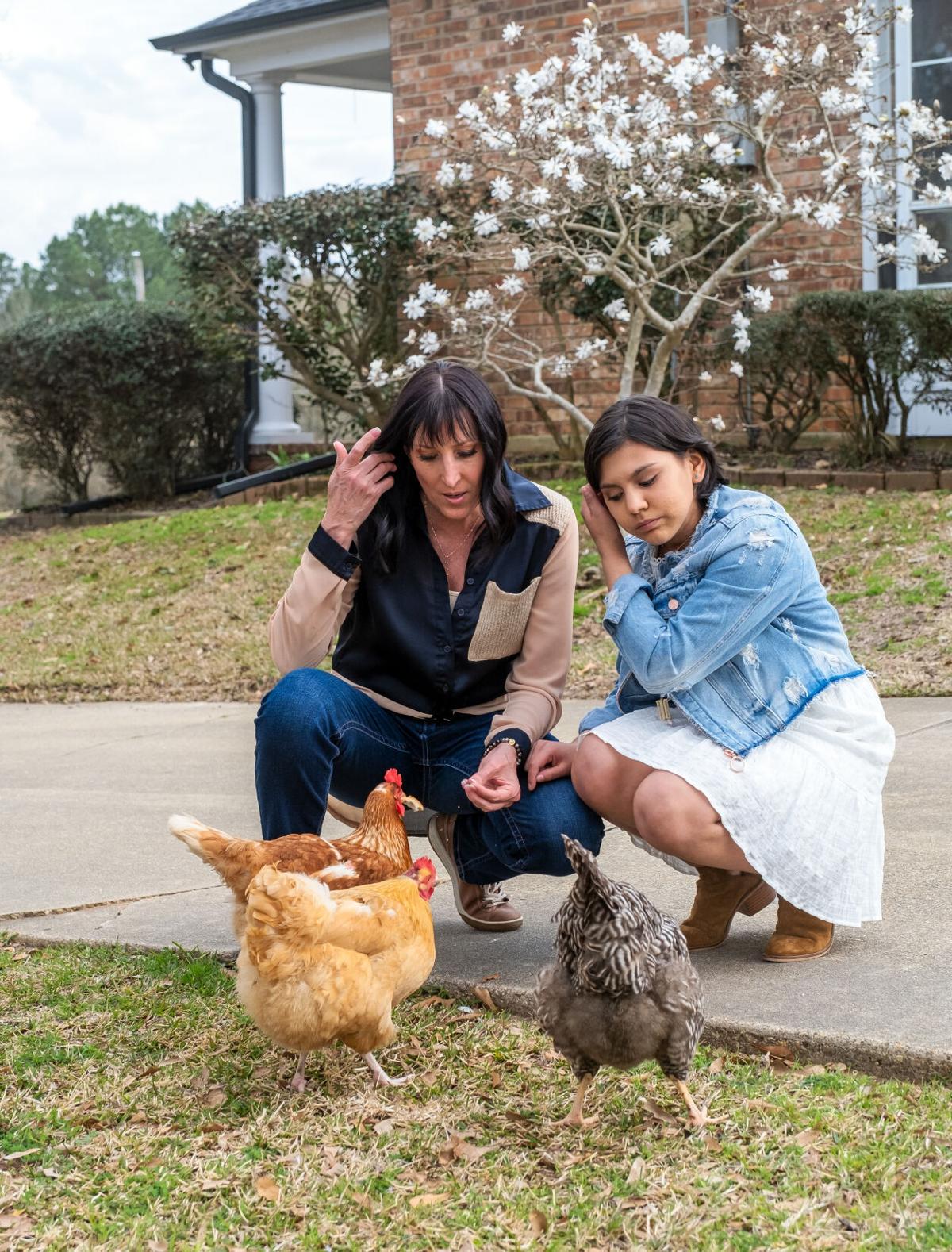 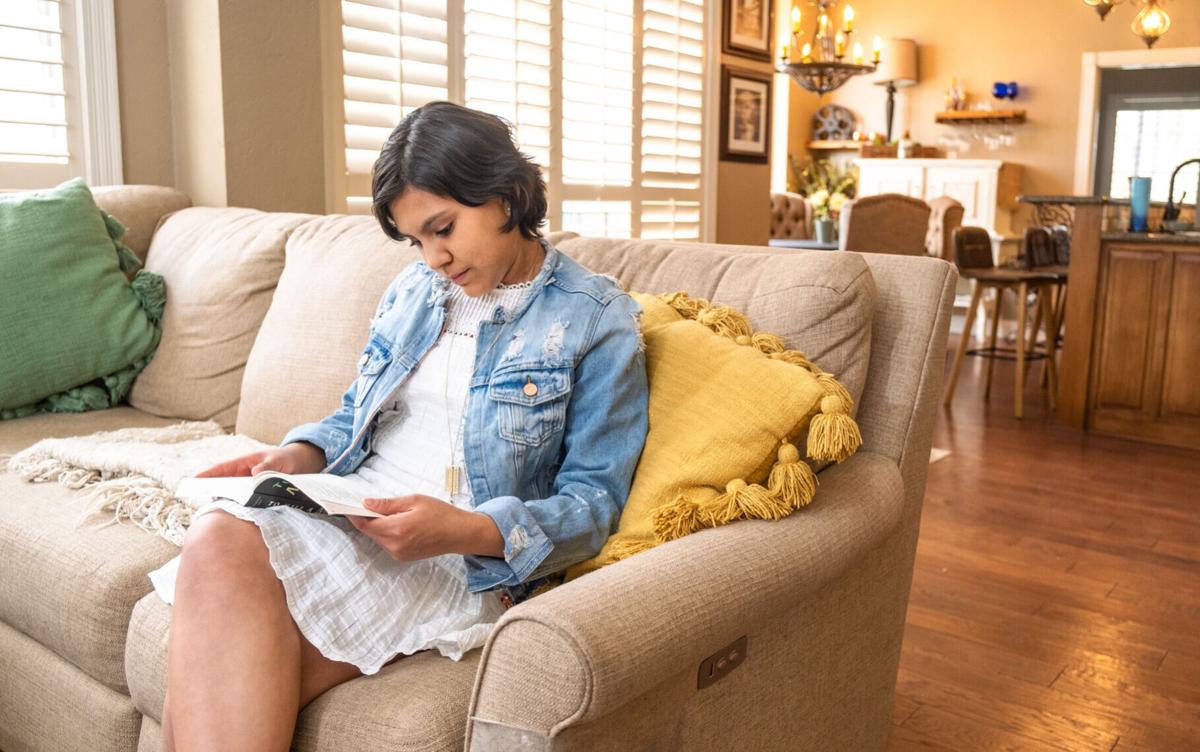 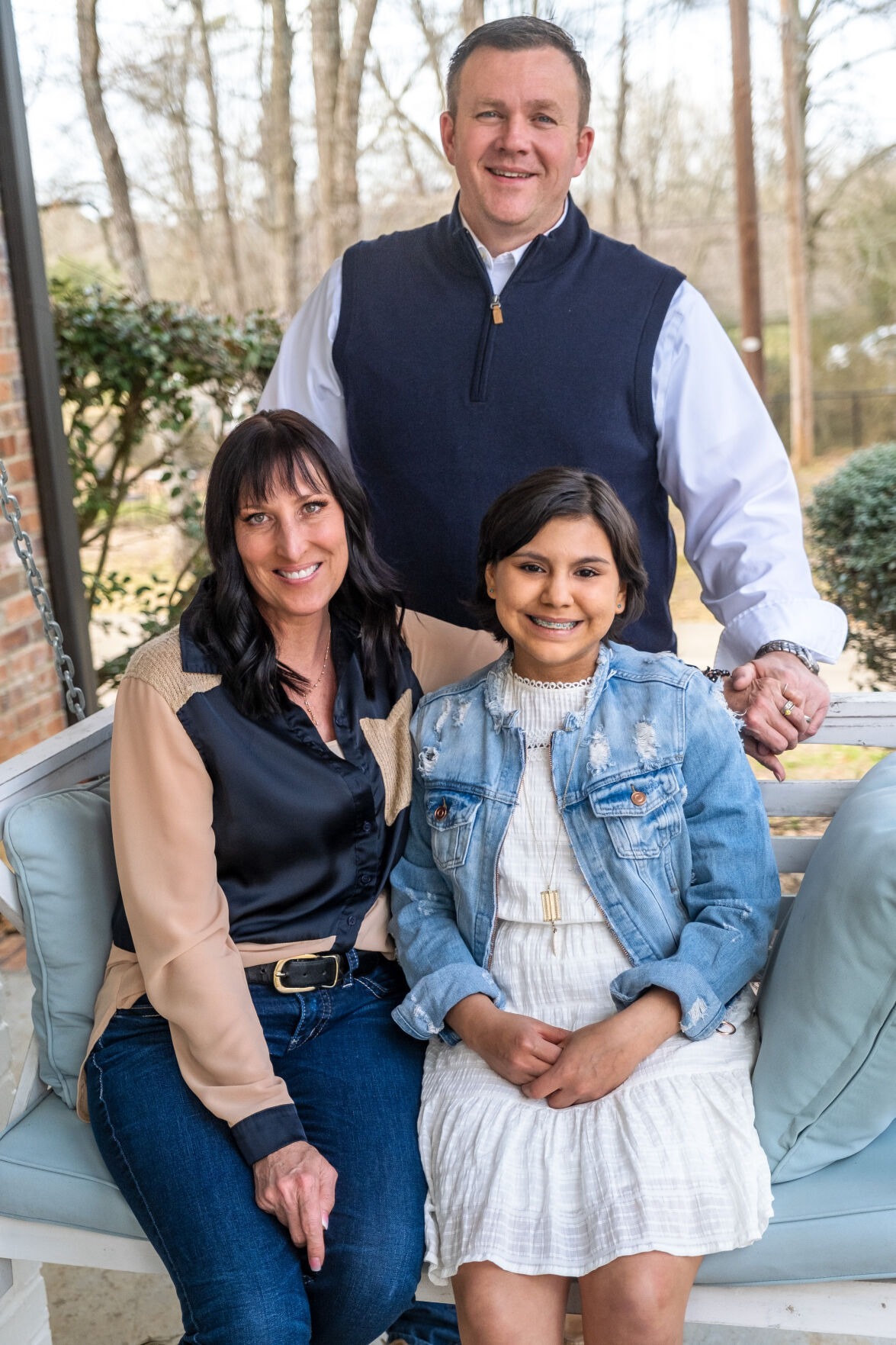 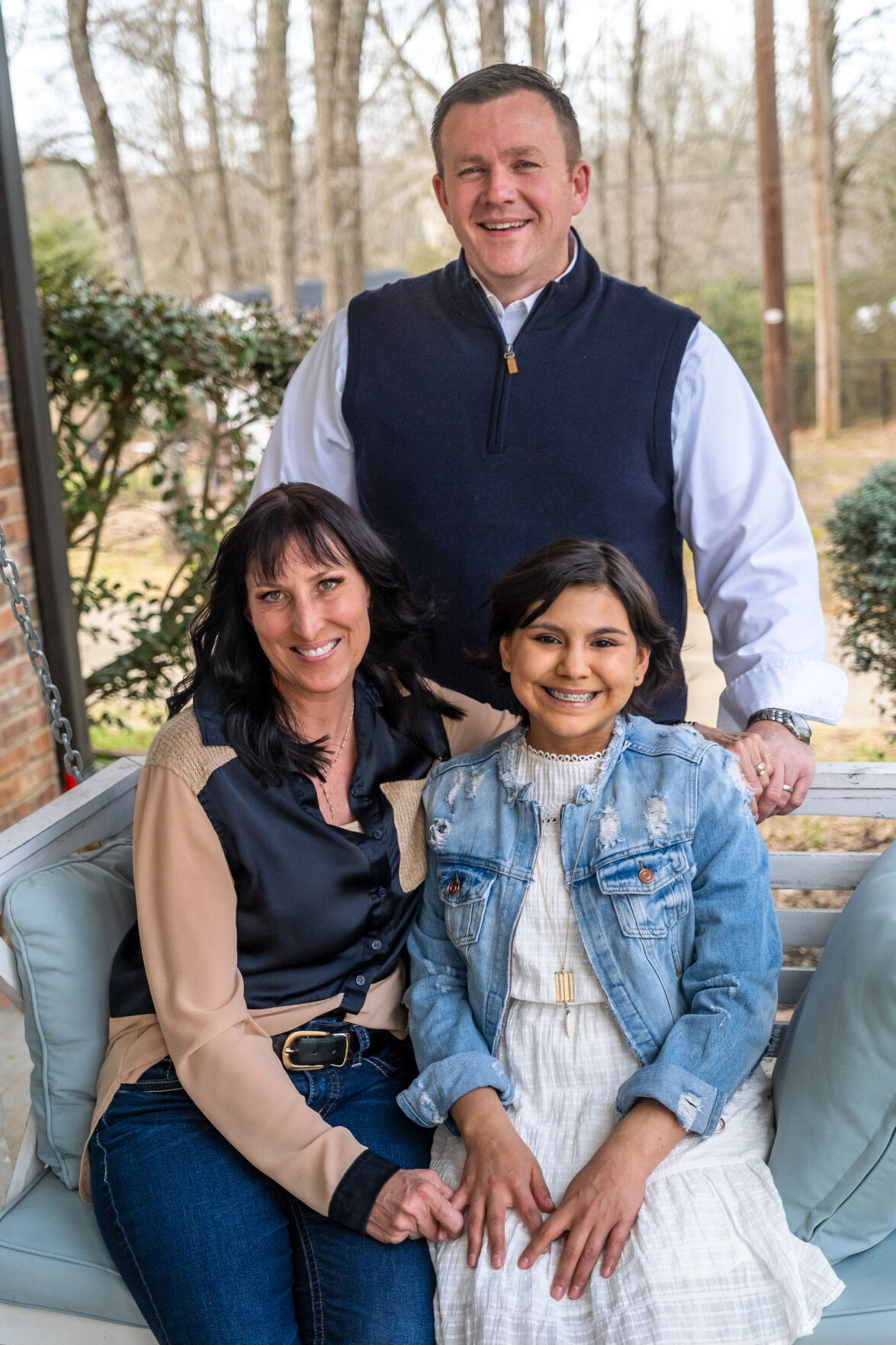 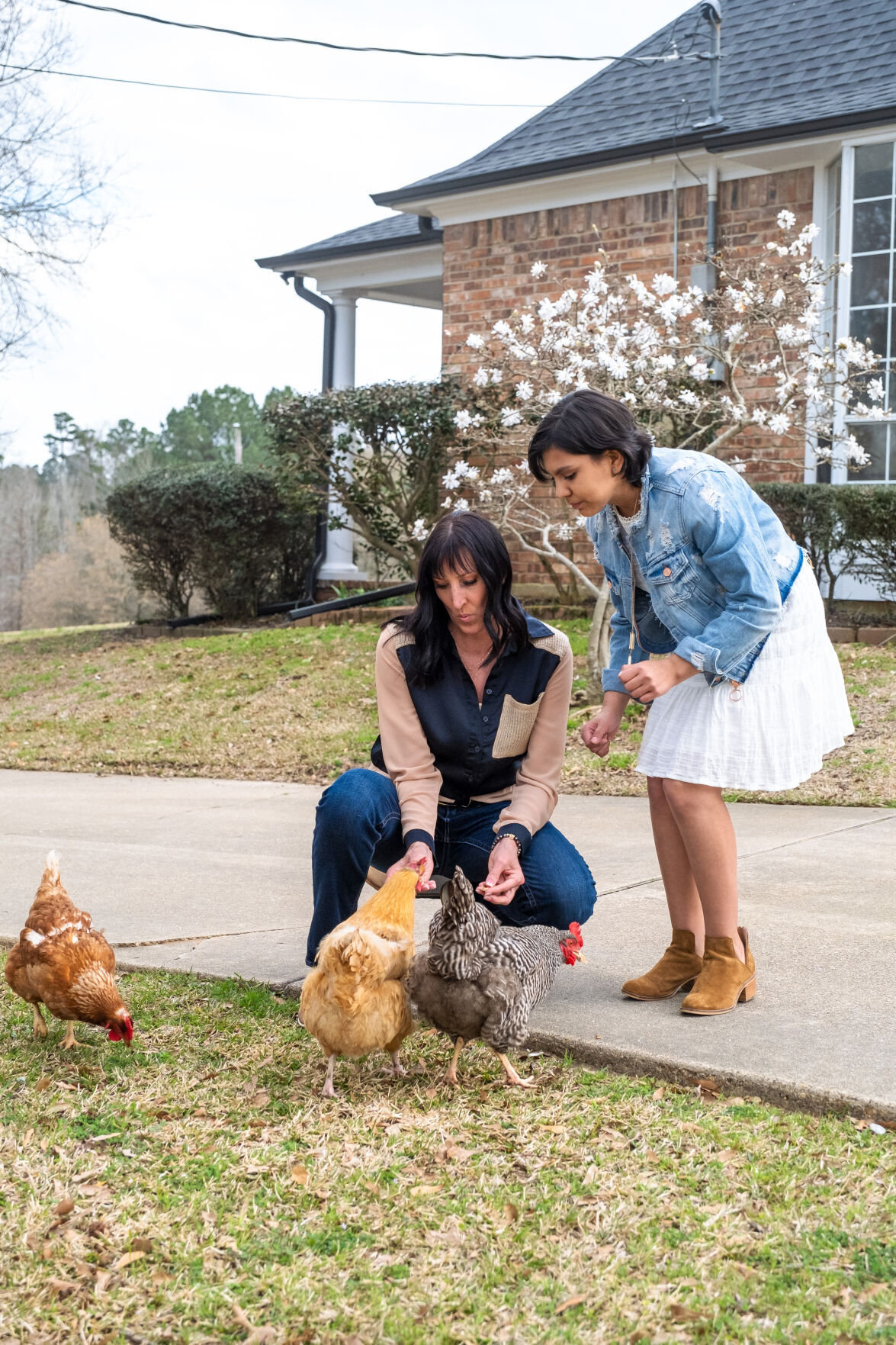 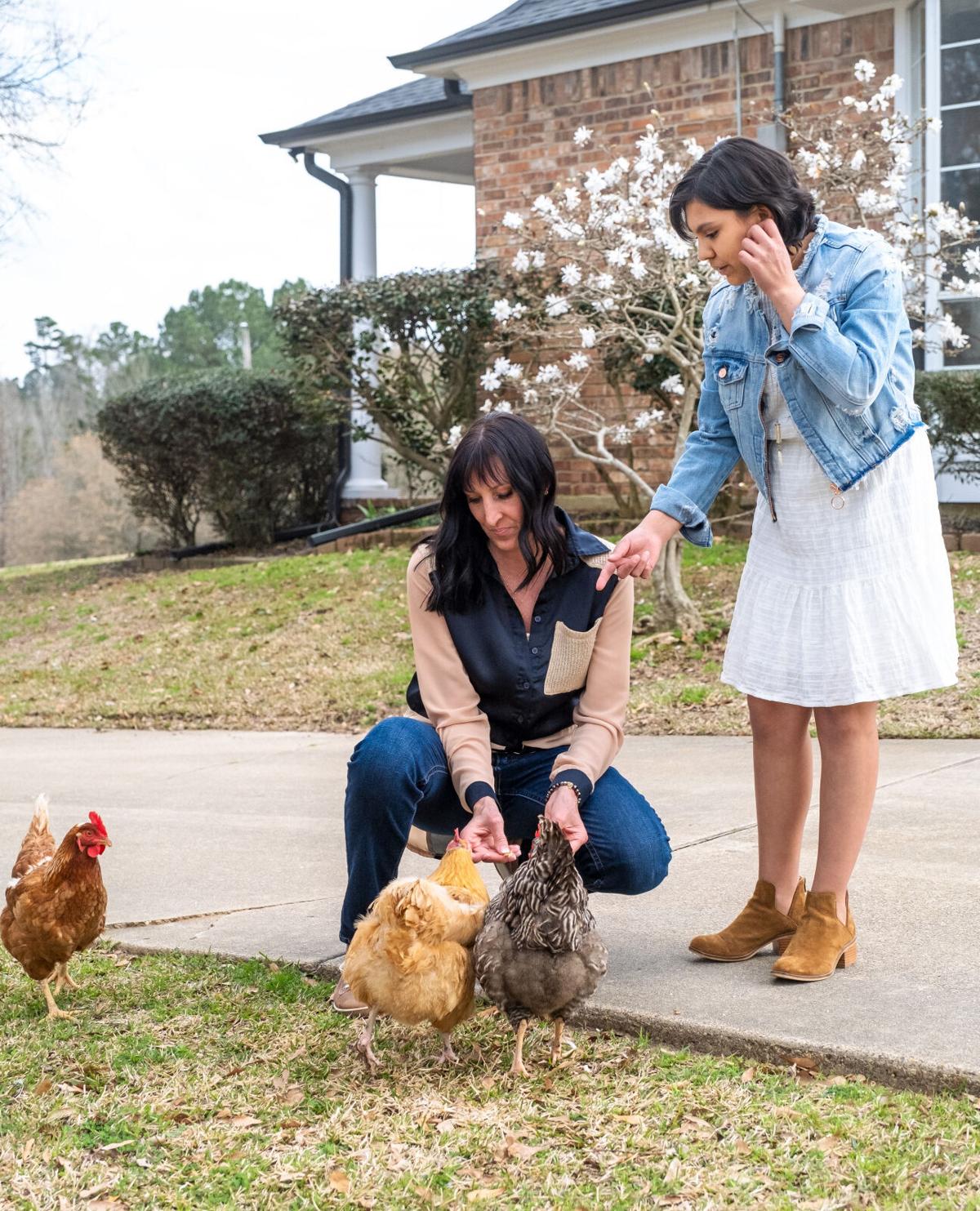 Emi Ballard poses for a photo Wednesday, March 10, 2021, with one of the family's chickens. (Les Hassell/News-Journal Photo)

For Emi Ballard, the end of a fatal diagnosis did not come in the form of a new medicine, a shot or a complicated surgery. What saved the now 14-year-old was simply the love of two mothers fighting for her life.

As a baby, Emi was extremely sick. She weighed 16 pounds by her second birthday.

Katie Ballard, owner and builder of Katie Ballard Co. in Longview, came across Emi when a friend who worked as a missionary in Belize treated Emi and her mother. Ballard said her friend knew Emi needed more medical attention, so Emi and her mother were flown to Longview to stay with Ballard and her family so the baby could get medical care.

“When she was about 18 months old, she and her mother, Marleni, came to stay with us for about six weeks,” Ballard recalled. “Everybody was just so amazing, but even when we sent her home — she went home in May — and we kind of knew that all those puzzle pieces did not fit into place yet."

They knew Emi would likely be back in the U.S. in the future for treatment.

That July, Ballard received a call from a nurse who was checking on Emi in Belize, and she was scared for the young girl's life. Emi was flown back to the U.S. that night. Longview Regional Medical Center donated services to care for Emi and Ballard credited Dr. Karen Roberts, who is now retired, with being their "angel."

In the U.S., Emi’s life was then taken day by day because she was so sick. It became apparent she would need more medical care than she would get in Belize. So the day after her second birthday, Emi's birth mother flew home without her. Emi became Ballard’s daughter after they all agreed to an adoption.

Since then, the Ballard family has dealt with many medical issues. Emi had food allergies, sinus infections, lung issues and always needed some type of surgery to keep her thriving.

In June 2018, tests finally gave the family some answers when they learned Emi had DOCK8 Deficiency, a rare immune disorder caused by a mutation in genes. The disease would be fatal to Emi without a bone marrow transplant.

“It’s really scary when you find out your kiddo who you fought so hard for for so many years now is going to have to go through something big,” Ballard said. “But that was all dependent on a match.”

The family used a website called Be The Match, a national donor registry that allows people to register as potential blood stem cell donors. With the diagnosis, the National Institutes of Health took over for Emi’s treatment. The family’s first trip there was in October 2018.

“We got a lot of information and she was type matched for the registry before we came home,” Ballard said. “We knew it would take some time finding donors, and I came home feeling fully confident. I knew statistically, because of her heritage, that she would have a 23% chance that she would have a donor, but I was like, ‘We’re going to be in that 23%.’ I was just confident that it was all going to be fine, and God had brought us this far and he was going to answer that prayer.”

But in December 2018, the family was notified there was not a match for Emi.

Most children with DOCK8 do not survive past their 20s, and after puberty, most develop cancer, Ballard said.

The doctors decided a stem cell transplant would be best for Emi and gave Ballard an option that gave her the hope she needed. In February 2019, the doctors told Ballard they could attempt to find a family match as a donor for Emi.

Ballard was on a plane to Belize three days later.

“We have a great relationship with her mom,” Ballard said. “We always try to stay in touch, send pictures, I go to Belize almost every summer to see them and work with the same medical group that found Emi.”

Ballard got in touch with Marleni, Emi’s half-brother, aunt and father. All were willing to get swabbed to see if they were a match to be a donor. It took a total of three trips to Belize to get everything Ballard needed.

Once again, she was racing against time. By April, Emi was very sick and in May her lungs needed a machine to keep her breathing.

“It was just getting to where you just felt like desperation,” she said. “They told us to just hold tight and to give us a couple more weeks. While Emi was in the hospital, we got the call that her biological mom would be able to save her life and be her donor.”

Emi and her doctors and family spent the summer getting her lungs strong and keeping her healthy. Marleni arrived at the National Institutes of Health in August of 2019. They both had a lot of prep to do before the surgery. Emi needed chemotherapy and radiation and Marleni needed shots.

Marleni went home a week later, Ballard said. After COVID-19 restrictions are lifted and it is safe to travel again, the family is planning to go to Belize for Emi to see her biological mom and where she was born.

“(Marleni) literally saved Emi’s life twice,” Ballard said. “What mom is willing to give her kid up for adoption just for a chance at life? It wasn’t that she wanted to lose her child or wanted to give her up, but she was willing to do whatever it took to keep her alive and then a second time, same thing.

“I imagine it was very scary to just get on a plane and trust all that and not knowing what’s coming medically,” Ballard said. “But she said yes. Just saying yes and she did that and she’s the reason Emi’s alive.”

The family came back to Longview on New Year’s Eve of 2019 and Emi is much healthier.

She needs injections and shots to help rebuild her immune system, but she does not have DOCK8 anymore, Ballard said. In March, she reached 18 months post-transplant.

“If there was any cancer cell mutation, there’s nothing they can do to reverse that,” Ballard said. “We just have to hope we caught it in time and be grateful for today and not worry about tomorrow.”

To join the donor registry, text "Emi" to 61474 or go to Join.BeTheMatch.org/Swab4Emi.