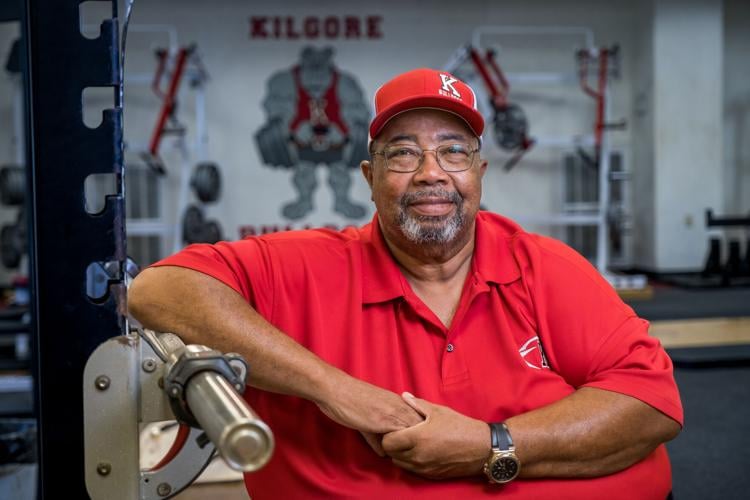 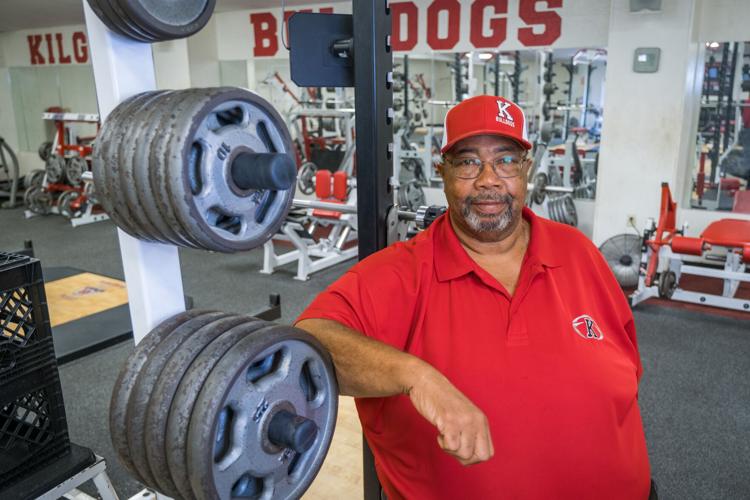 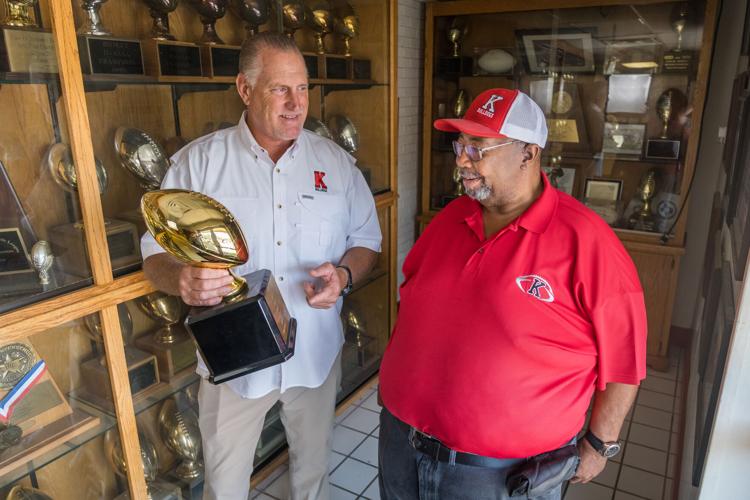 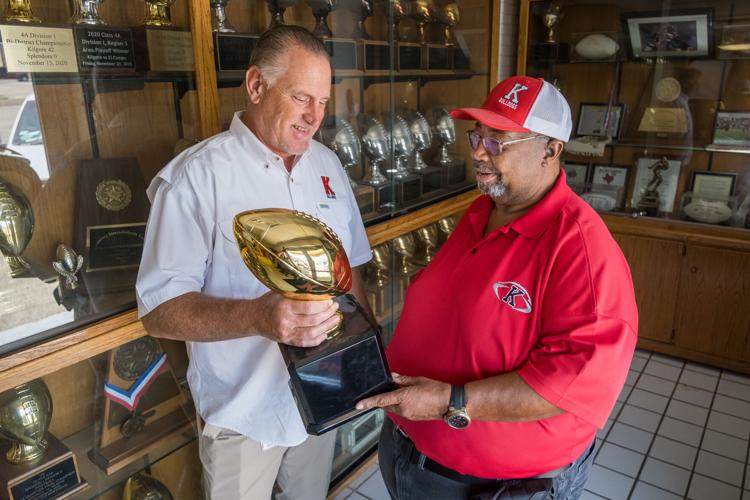 Just about everybody in Kilgore knows his name.

The city’s mayor even calls him the glue of the community.

Martin has supported the city with his acts of service for nearly 30 years. He is always looking out for the well-being of the community and its people, and never hesitates to put his interests aside for the good of the whole.

If there is one thing that defines Martin, it’s his passion for sports, especially football, which has given him so much throughout his life. The Overton native fell in love with the sport after playing it during his high school days at West Rusk High School. He was a versatile player whose favorite positions were the ones along the offensive line.

Martin said his former high school coach was a paternal figure, cultivating a family environment between the two of them. He said he still considers the coach’s sons and daughters as his siblings.

And after living and breathing football for the past 64 years, he said he is nowhere near finished with the sport. Martin is currently the longest active-serving member of the Kilgore High School Football Booster Club. He is also very active in organizations at Kilgore College.

“I feel really blessed to have been accepted into this program,” Martin said. “I often say to myself that I’m too dumb to coach and too old to play, so helping the program in the booster club just means a lot to me.”

Martin’s compassion and work ethic have earned the respect of coaches and other staff members inside the high school’s football program. No matter what, Martin has always been there to support the football program and its members.

“Travis means so much to our program that we see him not only as a friend but also as a mentor and role model for our kids,” said Michael Wood, Kilgore ISD Athletic Director.

Wood said Martin has been one of the masterminds behind the creation of the school’s booster club, which has never been about raising money, but a vehicle for the community to support the athletic program and enjoy memorable moments along with the players.

Martin is also a member and outgoing president of The Lions Club, a nationwide organization focused on helping those in need. The club's slogan, “to serve,” aligns with Martin’s values of being a difference-maker in the community.

“In my mind when I try to join something, it is to make a difference,” Martin said. “I’m not a complainer or backseat driver; if I’m coming, it is because I can help.”

When asked about his values, he replied with just one word: God.

“I was raised by two great parents but ultimately God knew my desires and he put me where I am today,” he said. “It really makes my heart feel good to know God is with me helping make a difference in someone's life.”

The work Martin has put in to help the Kilgore community was rewarded in 2009 when he was named Citizen of the Year. Mayor Ronnie Spradlin said to qualify for this award, a person must be actively helping, volunteering and exerting a positive influence in the community.

Spradlin also said a lot of people get the award nearing retirement, but Martin was an exception based on his exceptional work in the city.

“Travis Martin is a person I can never say no to when he asks me for help. He is one of the most selfless people in our community,” Spradlin said. “If he is involved with anything, you can rest assured it is a very worthwhile cause.”

Among the many contributions he has made for the city, Martin has always focused on helping the youth, as he believes they’re the future of the community.

“There is never a kid that needs something if Travis finds out,” Wood said. “He always makes sure the kids have what they need, whether it’s education, clothes or food.”

Spradlin recalls a time when he joined Martin in feeding local middle school students. Spradlin said he was astonished to see Martin’s devotion of cooking over 900 hot dogs and 350 hamburgers on a day where the temperature was above 100 degrees.

When asked what it means for a small town like Kilgore to have an individual like Martin, Spardlin said he is the bond that brings the community together.

Martin said he will keep helping the community as long as he’s able.

His next move is to start working on the merchandise of what he calls his favorite time of the year: football season.

“When football starts, that’s when I start,” Martin said. “I’m ready to go.”

If you’re under the Friday night lights this fall in Kilgore, you’re sure to see Martin cheering on his favorite players.